Australian economist Sean Turnell will reportedly be released from detention in Myanmar under an amnesty of hundreds of prisoners.

Local media have reported that Mr Turnell is among those to be released and will be deported.
Local independent media outlet Myanmar Now said Mr Turnell would be among those released.

“Professor Turnell continues to be our first priority. As such, we will not be commenting further at this stage.”
Local reports say the release of thousands of prisoners comes as a part of an amnesty granted because of Myanmar National Day.

Mr Turnell was serving as an economic adviser to deposed leader Aung San Suu Kyi when Myanmar‘s military seized power in a coup on February 1 last year.
He was detained days later and charged with “violating the country’s official state secrets act”.

He was convicted by a closed junta court and sentenced to three years in prison.

The 58-year-old associate professor in economics has always denied the charges. 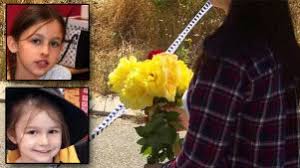