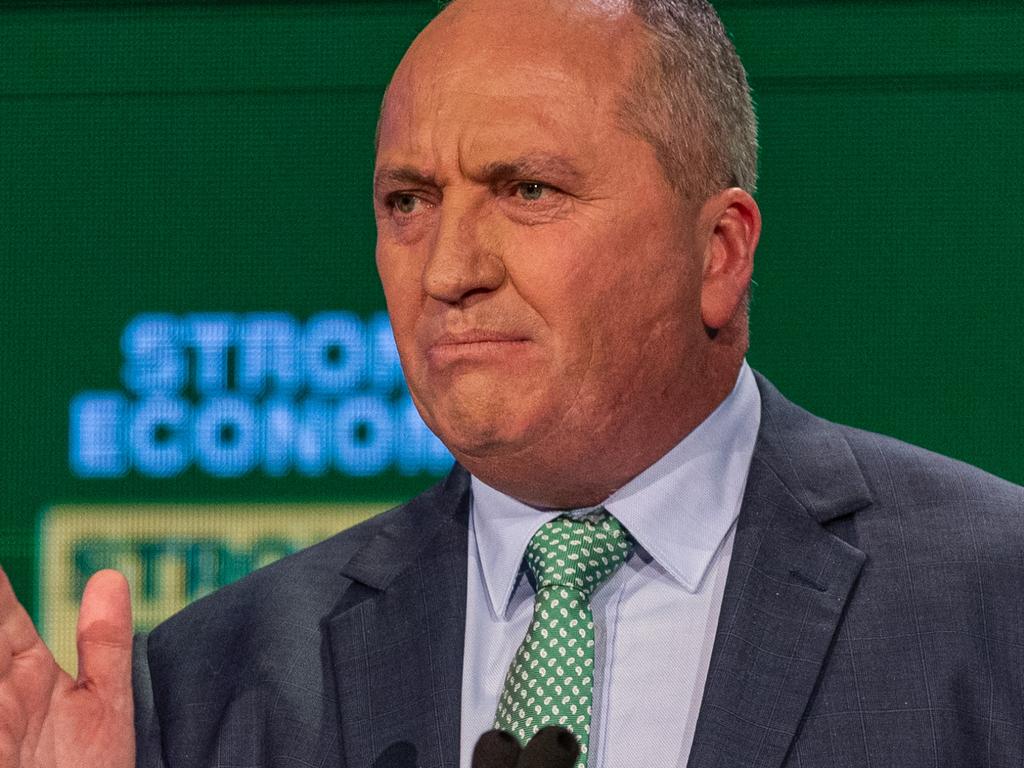 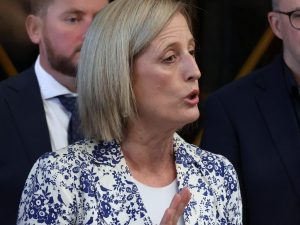 Barnaby Joyce has unleashed after Anthony Albanese declared a Labor government would cut $400m from a regional grant scheme announced in this year’s budget if elected.

Mr Albanese told the National Press Club on Wednesday that Labor would also reduce uncommitted funding to the community development grants program – which has been criticised for flowing into marginal seats – by $350m.

But Mr Joyce rejected Mr Albanese’s assertion it was targeting “waste and rorts”.

“It just goes to show you that the Labor Party has got no vision for regional Australia,” Mr Joyce told Sky News.

“The regionalisation fund is so regional communities can pick the industry that takes them ahead, whether that is tourism, whether that’s manufacturing, to get better-paying jobs into regional Australia.

“But the Labor Party, if it’s not an art gallery in Sydney, just doesn’t see past the city limits.”

Ahead of Labor releasing its full policy costings on Thursday, Shadow Finance Minister Katy Gallagher labelled the regionalisation fund “Barnaby’s slush fund”.
“Well, this is Barnaby’s slush fund, and it was set up with very little information … to pay-off for the net zero by 2050 that Scott Morrison did a deal with him on,” she told Sky.

“And they were promised a whole range of things, none of which we know about because it’s all secret.

“This appeared in the budget. It’s got very little detail about what it’s for and how it’s to be used and again, in light of integrity and transparency and budgeting, we think that it should be returned to the budget for budget repair.”

She denied it showed a lack of commitment to the regions.

“We’re not doing it out of these dodgy funds that have been set up for … the Deputy Prime Minister to slosh about as he sees fit,” she said.
When Mr Joyce was asked about Senator Gallagher’s claims of it being a deal for net zero, he labelled them “rubbish”.

“They just don’t like regions. And that’s it. That’s the only way you can read this. They didn’t say they’re going to improve it, change it, amend it. They said they’re gonna get rid of it,” Mr Joyce fired back.

The Deputy Prime Minister also took aim at Mr Albanese, who has said he plans to head straight to Tokyo if he wins the election with his Foreign Affairs Minister Penny Wong for a Quad meeting with the United States, India and Japan.

“I’ll tell you what I’m not doing, I’m not announcing like Mr Albanese is that he’s apparently going to be the prime minister on Sunday afternoon and he and Penny Wong are off to the Quad. That’s a bit full of yourself, don’t you think?” Mr Joyce said.

“He thinks he’s already got it in the bag, measuring up the drapes.”

Mr Joyce said it was “amateur hour”, questioning who would be the acting prime minister during that time.