Fire at Turkish restaurant forces diners to escape to street 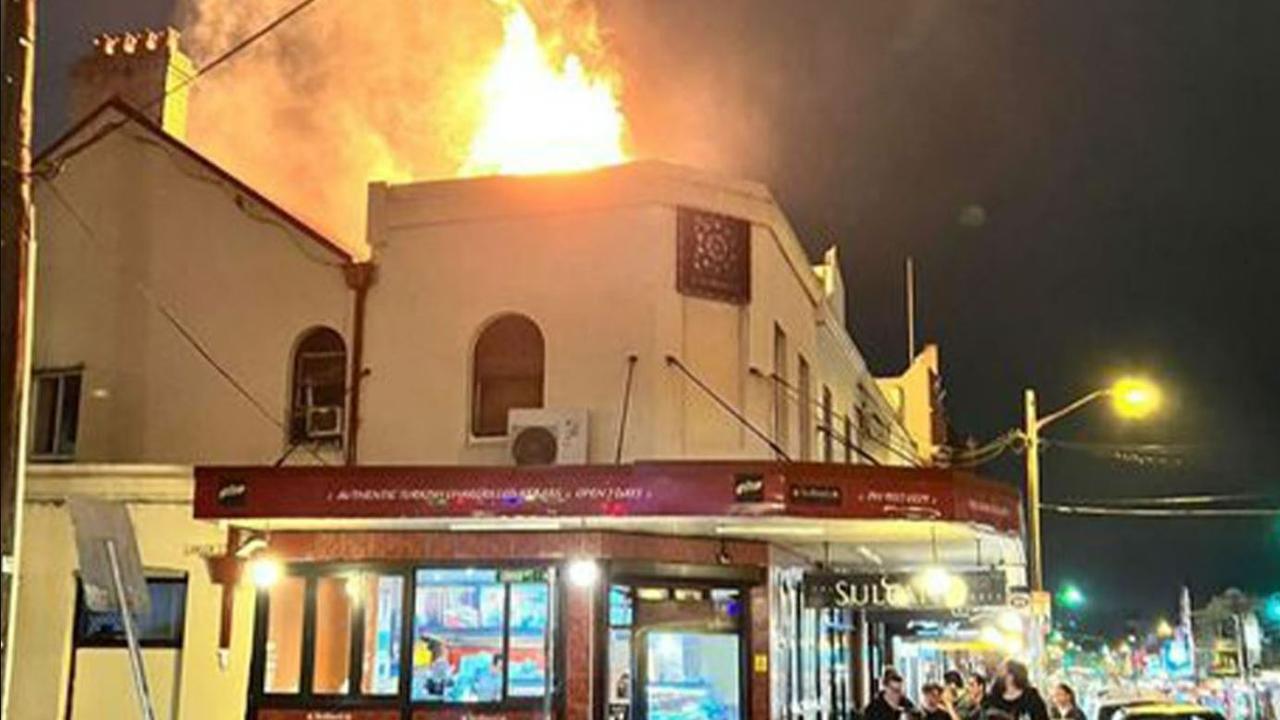 A popular Turkish restaurant in Sydney was evacuated during dinner service on Tuesday night after a fire overwhelmed the building.

The fire broke out at Sultan’s Table in Enmore just after 7.30pm, with flames seen coming from the building’s roof.

Ten people eating dinner at the restaurant were forced to flee to the street to escape the fire, which started in the chimney

This is not the first time a fire has broken out at Sultan‘s Table restaurant.

Twitter users have reported a fire at the Enmore Road institution on two other occasions in the last decade.

Crowds descended on the busy shopping strip and watched on as the flames engulfed the building.

Local woman Renee Sundgren told Nine News that she was eating ice cream across the road when she heard a loud noise.

“It was a big bang and the whole sky lit up,” she said.

“The whole roof was heavily on fire.”

A diner told Ms Sundgren that they were told to “grab your drinks and leave”.

“I went over to the restaurant next door to tell them Sultan‘s was on fire, so they could turn their kitchen off.”

Enmore Rd was closed while emergency services worked to extinguish the flames.

There were no injuries during the incident and everyone was accounted for.

Investigations are underway into what caused the fire.

The Australian Tax Office offers solutions to customers with cryptocurrency