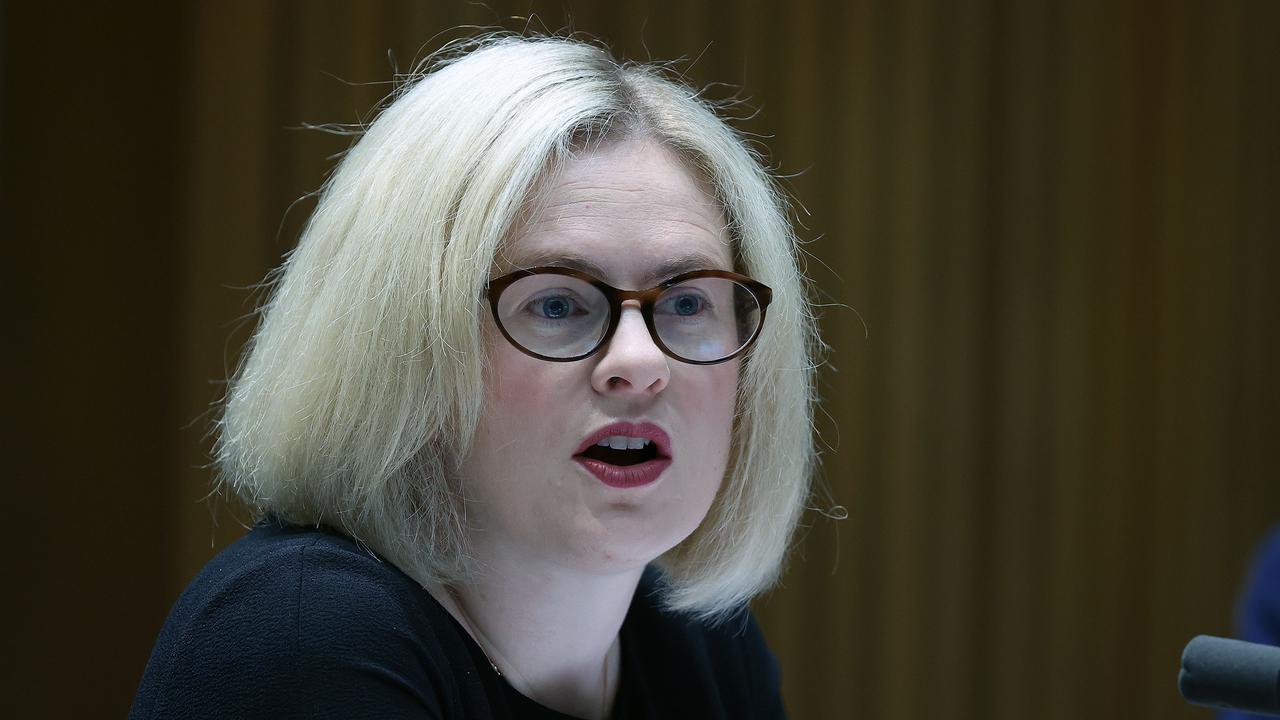 Private schools could refuse to hire gay teachers under new religious freedom laws according to a Liberal frontbencher – but only if they were prepared to wear the controversy.

The sensational claim was made by Liberal frontbencher Amanda Stoker on Thursday during a fiery interview where she was probed on how the proposed new religious freedom laws would work.

And she said if you didn’t allow religious schools to teach their religion, you “might as well have public schools across the board”.

While gay and lesbian teachers who are already employed could not be discriminated against, Senator Stoker admitted that religious schools could choose to preference other teachers rather than hire new teachers who were gay.

During an interview with ABC Radio National breakfast host Fran Kelly, who has previously been named one of the “country’s most influential gay and lesbian Australians”, Senator Stoker conceded that schools could be allowed to preference other teachers who followed the religious teachings of the school over gays and lesbians.

“Can that policy say, we don’t employ gay teachers? I mean, if this Christian school is looking at the employment of a Christian teacher and their Christian teacher happens to be gay, can that disqualify them from employment? Is that allowed under this bill?,’’ Kelly asked.

“Look, I think that is something that would depend a great deal upon what that school is prepared to be upfront with the community about,’’ Senator Stoker replied.

“I’d suggest there would be very few schools that want to be in a position where they’ve got to say to the community, that this is what we believe and we’re not going to hire people, unless they subscribe to a version of belief that is very, very strict on that front.”

Kelly then challenged her again asking, “That would not be illegal? To have a mission statement that says, ‘We don’t accept homosexuality and therefore we don’t hire homosexual staff? That wouldn’t be illegal?’’ she asked.
Senator Stoker conceded that was true, but she suggested that few schools would choose to go down this path despite admitting they could discriminate in this way under the new laws.

“As a matter of principle, it should be the case that a school, that can show that they have a belief set that is justified, from the core of their religious beliefs, that they are prepared to make public and plain and they are prepared to be upfront about with the people who apply to work in a place, should be able to require that people act consistent with that,’’ she said.

“Now for many people they will look at that and go, ‘Well, that’s pretty intense and that may not be somewhere I want to work.’

“Other people will say that’s the way I think and that’s the way that I want to believe. But if we look at the big picture here, what these schools do is provide education in an environment, in a school culture that is shaped in the way that religious view is implemented.

“And if you take away that ability of a school to be able to deliver a community that is based on that, you might as well have public schools across the board.”

In a statement, Attorney-General Michaela Cash’s office stressed that any decision to “preference” heterosexual applicants over gay applicants would need to be done under the guise of religious views, not purely sexual orientation.“ Importantly, the Religious Discrimination Bill does not enable religious schools to discriminate on the basis of a protected attribute, such asgender, age or sexual orientation,” a spokesman said.
Prime Minister Scott Morrison will argue today that the new religious freedom laws protect Australians from “cancel culture”.

The Prime Minister will personally introduce the reforms in Parliament on Thursday morning honouring an election promise.

They will support the right of a person to make faith-based statements provided they do not incite violence, harassment, intimidation or vilify others.

“Faith and freedom are inseparable,” Mr Morrison will tell parliament.

“This Bill brings clarity and it provides confidence that Australians of faith can have confidence they will be protected from discrimination.

“Many people from various religious traditions are concerned about the lack of religious protection against the prevalence of ‘cancel culture’ on campuses and in Australian corporate life.

“A Sikh should not be discriminated against because of the turban they wear. Nor a Maronite because of the cross around their neck. Nor a Muslim employee who keeps a prayer mat in the bottom drawer of their desk at work.

“History has shown that dictators and autocrats have never felt at ease with faith and religion.

“They have never felt comfortable with human choice, human dignity and the refusal of individuals to give the state, the place of the divine.”

Three years ago, the Prime Minister pledged to act to amend the law to prevent private or public schools expelling students for being gay.

Despite pledging to take urgent action on the issue in the midst of the Wentworth by-election, nothing substantive has happened.

The failure to act drew criticism from Labor’s Senate leader Penny Wong and that concern has now spread to Liberal Party ranks.

The issue is of particular concern for Liberal MP Dave Sharma, who won the seat of Wentworth.

“I support the need for a Religious Discrimination Act but believe we must also move quickly to address the potential risks faced by gay students and teachers at faith-based institutions,” Mr Sharma told The Sydney Morning Herald.
“No teacher or student should be dismissed or expelled on the basis of their sexual orientation or gender identity and we must make this crystal clear.”

A number of Liberal MPs including Warren Entsch, Trent Zimmerman and Andrew Bragg have called on the Prime Minister to ensure the new religious freedom laws do not allow for discrimination against gay students and teenagers.