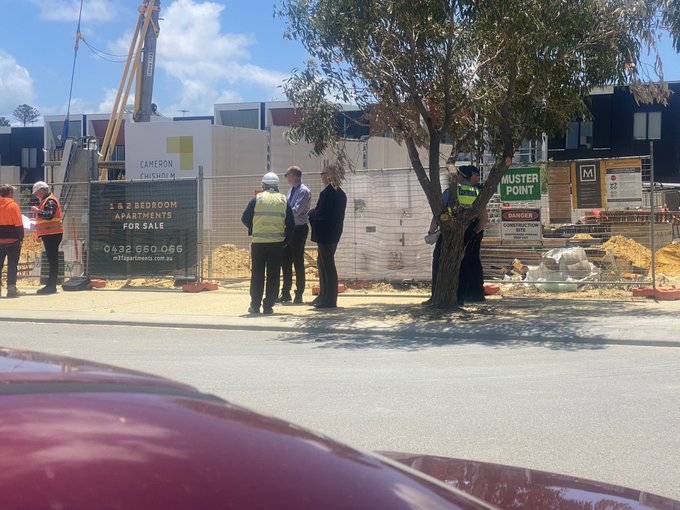 A man aged in his 20s has died while working on a construction site in Perth’s south.

The man was working on Reinforcement Parade in North Coogee when he was struck to the head on Monday morning.

St John Ambulance officers were called to the scene just after 9.40am but the young man could not be saved.

NCA NewsWire understands the man was struck by a glass door that has a mental shutter.

M/Construction director Michael Read said in a statement that everyone was “devastated” by the death, which happened on a site adjoining one of the company’s development projects.

“The young man was the employee of a subcontracted business that was engaged by us to perform a small job,” he said.

“M/Construction maintains the highest standards of onsite safety and we are doing everything possible to support WorkSafe and relevant authorities as they investigate the incident.

“Our thoughts go to the family of the deceased.”

WorkSafe WA is investigating the incident and officers are expected to be at the site for some time.

WA Police said a report would also be prepared for the coroner.

Tighter regulations were introduced in WA last year, including industrial manslaughter laws that carry a maximum penalty of up to 20 years imprisonment for individuals and fines of up to $10m for companies.

Girl taken to hospital after incident at Perth theme park