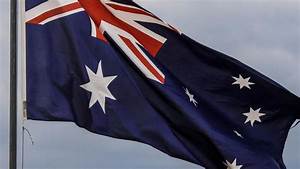 An upper house MP has failed in his bid to get his West Australian colleagues on-board to support changing the date of Australia Day.

Daylight Saving Party leader Wilson Tucker raised the issue in parliament on Wednesday, calling on Premier Mark McGowan to ask the federal government for a formal date change from January 26.

While the motion was supported by the Greens and Legalise Cannabis MPs, it had no backing from Labor, the Liberals or the Nationals.

In his motion, Mr Tucker asked the house to recognise that “Australians deserve a national holiday around which we can all rally and celebrate our positive achievements and experiences to date”.
He further urged MPs to acknowledge that January 26 was not an appropriate date because for many indigenous Australians it marked the beginning of a period of immense loss and trauma at the hands of European settlers.

“As Australia becomes more multicultural, issues of identity and belonging are becoming more important, and governments can’t afford to ignore them,” he said.

Mr Tucker called on his colleagues to express support for a change to the date of Australia Day and for the Premier to request that the Commonwealth make the change.